What is a Tumblr proxy and why do you need one? 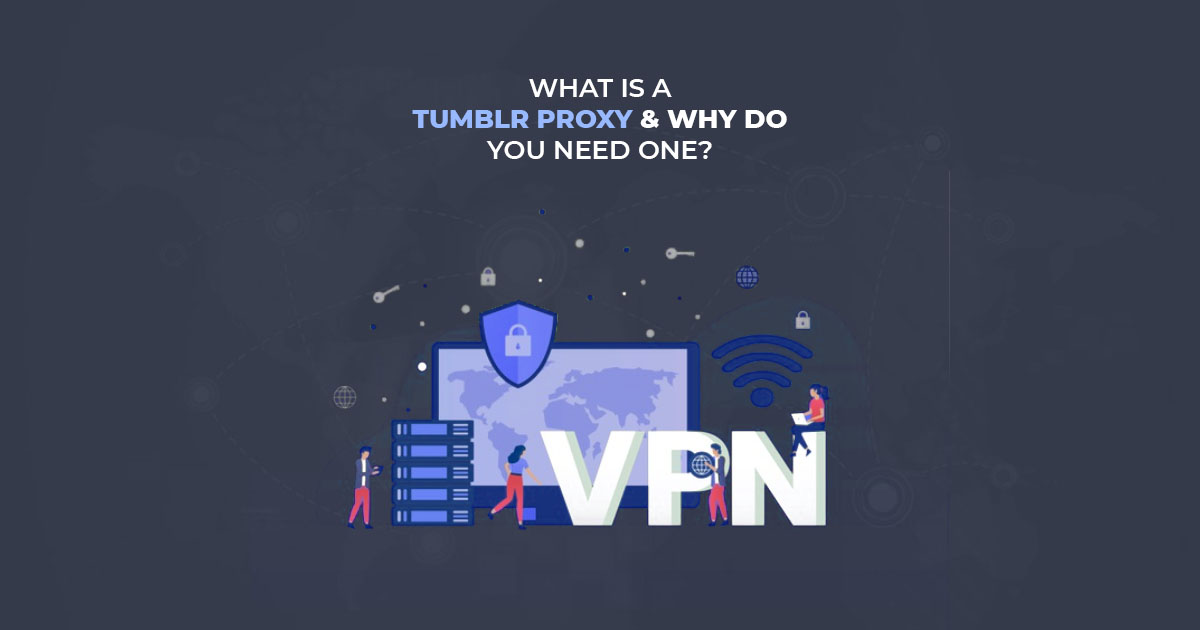 In the other words you can say that proxy is a veil of your device’s IP address. When you set up a proxy with any of your account, it makes you unidentified. Proxy masks your real IP address and hence in this way no one can track your activities online.

Like other social media applications Tumblr is also a well-known micro blogging platform. People run their blogs on Tumblr at micro level. They share pictures, videos and other informative content with people. People follow the blogs in which they keep interest. To operate and establish good following proxies are also available for Tumblr. These are Tumblr proxies.

Tumblr proxy is an automated tool to operate Tumblr account. It is the best way for marketing of your blogs. Moreover, it does SEO of your blog and helps in ranking. You can also come to know about the interest of people and see the analytics of other people to improve your blogs.

These proxies keep you anonymous. Whatever request you make on Tumblr it goes through proxy. In this way malicious software and hackers cannot get access to your device. Proxies help to keep your data private.

How these proxies work?

Proxies act on the behalf of others. Same like Tumblr proxies manage your activities with a spare IP address. It means these proxies work in the place of your real IP.

You have to setup a proxy with your Tumblr account and set a target. Now proxy will automatically operate your requests according to target and give you desired results. Use of proxies become very common in this era.

Proxy for Tumblr is helpful in marketing of your blogs. Competition become so hard that it is not easy to beat others and get highest rank. To grab the attention of the audience proxies help you to promote your blogs in a unique way without any fear of being blocked.

Why do you need proxies for your Tumblr account?

Proxy is a robotic tool present between user and the network. It is a replacement of your original IP address with another IP. Every device has its unique identity in a form of IP address. Once this identity get into hands of a hacker, they can use against you and steal your data. In this regard proxy act as a body guard and generate IP address for you which is different from your original IP.

Tumblr proxies give protection to your data and keep your online activities in a veil. Moreover, if Tumblr access is not available at your country side, then proxies make it possible for you to bypass Tumblr at geo restricted areas.

It is easy to run Tumblr bots with proxies. Without proxies, bots get detected and you become blacklisted. Proxy are mechanized tools but when they work it seems like a real human is working. Hence, this feature of proxy secures your connection and you can easily perform your tasks online.

The best proxies for Tumblr:

A number of proxies available in a proxy world. Every kind of proxy is specific for performing a particular tasks. You are familiar with the names such as dedicated proxies, private proxies, rotational proxies, residential proxies and so on.

Now here we are going to highlight that which is the best proxy for Tumblr account. Residential Tumblr proxy is a wise choice to operate Tumblr. It is because in residential proxy you can chose a location of your choice. This feature gives you benefit that you can use Tumblr in an origin where Tumblr usage is banned.

Residential proxies generate millions of IP addresses. These IP addresses belong to the original physical location. It is a good choice to use with bots. It lessen the risk of being blocked. Keep in mind that always pick a paid residential proxy. For better results you have to invest a little bit on proxy. If you go with free or shared version of residential proxies than no doubt that you are at the verge of risk.

How proxies prove beneficial for Tumblr?

The intermediaries used for Tumblr is a good source of effective marketing. As we know that micro blogs are present on Tumblr. To promote these blogs to the people and getting a large attention of audience marketing is very important. These proxies help you to create and manage more than one account which is the best marketing strategy to compete in this fast world.

Manually if you do marketing it takes many days. But proxies help you to promote your blogs within seconds.

Residential proxies provide a number of IP address that belongs to real locations. Hence, this is the best solution to use Tumblr in an areas where it is banned.

If you want to gather information from different blogs on Tumblr than proxies are the most useful tools. Tumblr proxies scrape Tumblr blogs according to the target you provide them.

In the fastest growing world, competition has increased to the next level. Same is the case with Tumblr blogs. Thousands of people post their blogs on Tumblr every day. To make your content reachable to the large number of audience, Tumblr proxies is the best option.

ProxyAqua provides the best residential proxies for Tumblr within affordable range. If you want to invest on proxies than buy proxies from reliable site like ProxyAqua.